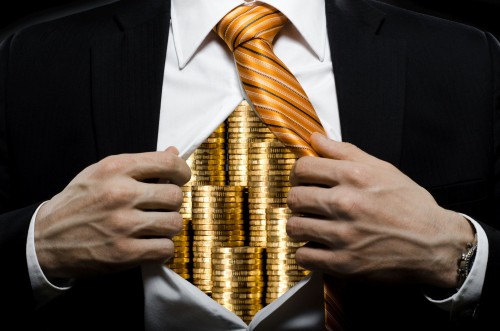 I don’t watch a lot of television, but I recently binge-watched the Discovery Channel program, Undercover Billionaire. The eight-episode reality show follows self-made billionaire, Glenn Stearns, as he attempts to build a million-dollar business in a mere 90 days.

While it may not sound like much of a challenge for a billionaire to start a successful business, Stearns has a few restrictions to deal with:

Stearns is an unlikely success story: the dyslexic child of alcoholic parents, who failed fourth grade and graduated in the bottom 10% of his high school class. Yet through determination and hard work, he started his first company at age 25 and built it into one of the largest mortgage lenders in the United States.

Wanting to prove the American dream is still alive and accessible, Stearns created a challenge for himself: that, starting with nothing, he could build a million-dollar business in 90 days. If he fails to achieve that goal, he will invest one million dollars of his own money in the business.

The result is a fascinating and inspiring journey. Over the course of the 90 days, Stearns has to come up with a million-dollar idea, raise working capital, assemble a team, and launch the company. (While also trying to find a place to live and figure out where his next meal is coming from.)

Along the way, he encounters multiple setbacks and frustrations, many of which will be familiar to anyone who has ever been a business owner or leader. And throughout the experience, Stearns relies on—and shares—many of the sales, marketing, and leadership lessons he has learned over his 30-year business career. Here are 23:

1. Recognize your strengths and weaknesses
2. Find your buyer first and work backwards
3. No job is beneath you
4. Diversify your efforts
5. Tap into the herd mentality
6. Instill confidence
7. Be ready to pivot
8. Do your due diligence
9. Know how to motivate
10. Set your own table—don’t wait for the perfect opportunity to fall into your lap
11. Be prepared for setbacks
12. Turn rivals into revenue
13. Find people smarter than you
14. “No” is just the start of the conversation
15. Create space for talent—if a spot doesn’t exist, create one
16. With every setback, you gotta move forward
17. Don’t pigeonhole your players
18. Lose the battle to win the war
19. If things go wrong, don’t go with them
20. Interviews don’t tell you everything
21. When conflicts arise, conflict is optional
22. Don’t confuse effort with results
23. Endure more pain than anyone else

I won’t spoil the ending by revealing whether or not Stearns achieves his audacious goal. Check it out yourself on the Discovery Channel or the Discovery GO app. If you’re a salesperson, CEO, or professional, you’ll find it entertaining, insightful, and inspiring. It may even help you toward your first billion.