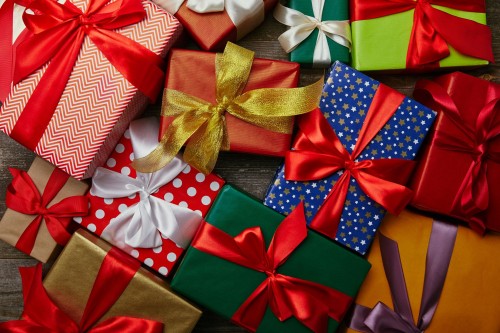 I enjoy giving gifts. And I enjoy receiving gifts. It’s not my primary Love Language (that would be Physical Touch), but I definitely feel cared about when I receive a gift from someone.

Over the course of my life, I’ve been blessed to receive a lot of gifts from a lot of people. One present in particular, however, has long held a special place in my memory.

I was 13. My father had just gone through a nasty divorce. He had lost his business, his house, and his savings. But he had me, because I was old enough to choose who I wanted to live with, and choosing him was a no-brainer. (Which tells you something about my mother.)

Money was extremely tight, so it was The Year Without a Christmas. But my birthday was just two days afterward, and on the evening of the 27th, my dad drove me to a shopping mall. He instructed me to wait in the car while he ran in.

He came back a few minutes later and handed me my birthday present: a Rubik’s Cube. It wasn’t wrapped. It wasn’t accompanied by a cake and candles. And it didn’t need to be.

He knew I wanted a Rubik’s Cube. And he wanted me to have one. The smile on his face was half sheepish and half proud. He would have liked to have given me more, and at the same time he was happy he could give me something that would make my birthday special.

That present told me I was important to him. It said that he listened and payed attention to me. It stated that he believed I deserved the best possible version of something, even if it was small. That gift let me know in no uncertain terms that he loved me.

The real value of a gift lies not in its usefulness. Or price. Or attractiveness. It lies in the message it sends to the recipient.

The toy eventually got lost among the many moves over the following years. Or maybe I gave it away after my obsession with it faded. (Yes, I learned how to solve it, and got really good at it. I played with that thing for a loooooong time.) But the memory of receiving it that night has remained with me.

And that’s the true power of a gift: to stir emotions, forge connections, and create memories. So when you’re choosing gifts to give, keep that in mind. And whenever you receive a gift, look beyond the physical item and appreciate the intent, the thought, and the emotion behind it.

Wishing you many more wonderful memories of gifts given and gifts received.