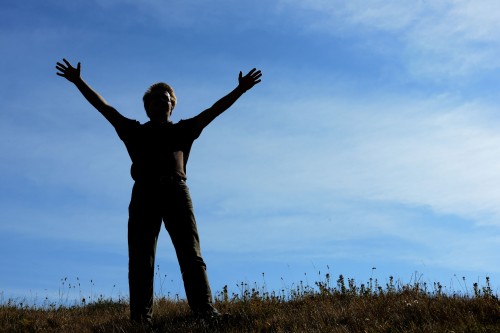 Everyone can use a good dose of inspiration and encouragement now and then. I know I certainly can. That’s why I regularly review the brilliant thoughts of others, share hem in my keynote speeches and seminars, and tweet them out daily. Here are some of my current favorites.

“A good ad which is not run never produces sales.”—Leo Burnett

“Perfectionism and profitability are incompatible.”—Fiona Walsh

“Success is something you attract by the person you become.”—Jim Rohn

“You must UNLEARN what you have learned.”—Yoda, Star Wars: The Empire Strikes Back

“Security is mostly a superstition. It does not exist in nature, nor do the children of men as a whole experience it. Avoiding danger is no safer in the long run than outright exposure. Life is either a daring adventure, or nothing.”—Helen Keller

“Ain’t no man can avoid being born average, but there ain’t no man got to be common.”—Satchel Paige

“The most common way people give up their power is by thinking they don’t have any.”—Alice Walker

“Nothing splendid has ever been achieved except by those who dared believe that something inside them was superior to circumstance.”—Bruce Barton

“There’s only one of you, so why would you want to look like everyone else?”—Adele

“Show me the business man or institution not guided by sentiment and service, by the idea that ‘he profits most who serves best,’ and I will show you a man or an outfit that is dead or dying.”—B. F. Harris

“Many ideas grow better when transplanted into another mind than in the one where they sprung up.”—Oliver Wendell Holmes, Jr.

“As it turns out, now is the moment you’ve been waiting for.”—Lucinda Williams

“Failure is the opportunity to begin again more intelligently.”—Henry Ford

“Normal is in the eye of the beholder.”—Whoopi Goldberg

“Everyone is in business for himself, for he is selling his services, labor or ideas. Until one realizes that this is true he will not take conscious charge of his life and will always be looking outside himself for guidance.”—Sidney Madwed

“If you listen to your fears, you will die never knowing what a great person you might have been.”—Robert H. Schuller

“There are no rules here—we’re trying to accomplish something.”—Thomas A. Edison

“There is less to fear from outside competition than from inside inefficiency, discourtesy and bad service.”—Anonymous

“The truth is that all of us attain the greatest success and happiness possible in this life whenever we use our native capacities to their greatest extent.”—Dr. Smiley Blanton

“Stop asking for directions so much. Have the nerve to take a wrong turn now and then. You’ll develop better working instincts and have more self-esteem too.”—Marilyn vos Savant

“Making money is art and working is art and good business is the best art of all.”—Andy Warhol

“The dumbest people I know are those who know it all.”—Malcolm Forbes

“Life is short, and it’s up to you to make it sweet.”—Sadie Delany

“Opportunity often comes disguised in the form of misfortune, or temporary defeat.”—Napoleon Hill

“The key is to keep company only with people who uplift you, whose presence calls forth your best.”—Epictetus

“Success is often achieved by those who don’t know that failure is inevitable.”—Coco Chanel

“Pay no attention to what the critics say; there has never been a statue erected to a critic.” —Jean Sibelius

“Indecision is deciding not to decide. Which is usually the worst possible decision.”—Don Cooper

What are some of your favorite quotations? Share them in the comments section below!