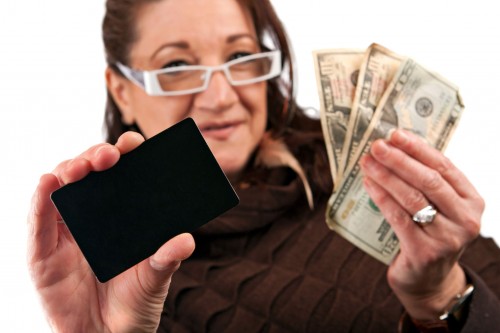 As a salesperson, business owner, or professional, you only have so much time. And if you want to maximize your sales, you can’t afford to waste that precious time with people who are never going to buy from you.

Which means you need to figure out—as quickly as possible—whether someone is an actual prospect or not. How can you tell? A real prospect has four qualities:

1. A Need
This may seem obvious, but too many people try to sell to everyone, regardless of whether or not they have a need. It’s a behavior you frequently see at trade shows, where booth staff try to talk every passerby into checking out their product or service, never even attempting to determine whether or not the attendee might have a need for it. You also see it at networking events, during cold calls, and on LinkedIn. Understand that if someone doesn’t have a need for what you sell, they’re not a prospect!

2. A Budget
Odds are, there are lots of people who have a need—or at least a desire—for what you sell. But not all of them can afford it. The ones who can, are potentially your prospects. They ones who can’t, aren’t. At least not right now. They may acquire the necessary budget in the future, but until then, they aren’t a prospect. If they have some budget, but not quite enough…maybe you can negotiate. Or help them find another financing source. Or recommend a cheaper alternative. But if they have no budget—or your price and their budget are way off—then it’s not going to happen.

3. Authority
Does the person you’re talking with have the authority to make a decision? If they don’t, they’re not the prospect. They might be an influencer, but they aren’t the buyer themselves. It’s easy to spend a lot of time with such a person, because they have a need and the budget to do something about it. But until you can talk with the actual decision-makers, you don’t have a true prospect on your hands.

4. Motivation
The person has a need, a budget, and the authority to make a decision. But do they have the motivation to act? Too often, they don’t. The person may not perceive the problem to be much of an issue. Or they think the problem will go away on its own. Or they may not see the opportunity that you do. Or they may believe other needs are more of a priority. Whatever the case, the person is not motivated to take action, and there’s nothing you can do to change that. This is the hardest person to walk away from, but walking away is precisely what you must do. Because a person lacking motivation is not going to buy.

Sales amateurs treat everyone as a prospect. Sales professionals know there isn’t enough time in the world for that. If you want to make the most of your limited time, you need to focus that time on the people who are actually likely to buy—people with a need, a budget, the authority to make a decision, and the motivation to act. A person who lacks any of these characteristics may be a great ally, information source, or friend, but they aren’t a prospect.

Understand this crucial distinction and make it a point to determine as quickly as possible whether any given contact has all four qualities or not. The less time you spend chasing people who won’t buy, the more time you can spend with people who will.