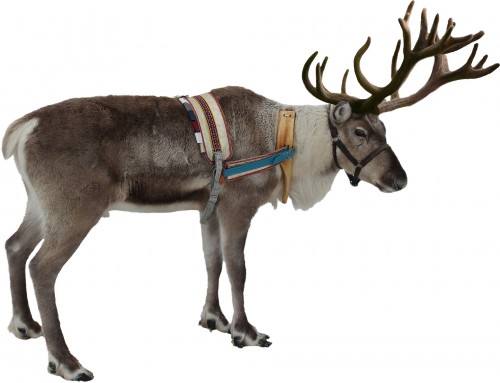 Animal rights group, People for the Ethical Treatment of Animals (PETA), added its voice to the chorus of organizations calling on Santa Claus to end his practice of using reindeer to pull his sleigh.

“Reindeer are proud, majestic, noble creatures who deserve to live independent, cruelty-free lives with their families,” reads PETA’s statement. “By keeping them captive and forcing them to perform exhausting labor in high-stress situations, Santa Claus is sending the message to the world’s children that it is perfectly okay to mistreat animals for your own ends. It is long past time for Mr. Claus—a supposed ‘saint’—to end this cruel exploitation.”

In a series of Tweets, Santa responded to PETA’s statement:

“I care about my reindeer more than PETA could possibly know. I have lived and worked with reindeer for more than a century.”

“Reindeer in the wild have an average life span of less than ten years. They are routinely eaten by wolves, polar bears, and Abominable Snow Monsters.”

“My reindeer live for decades in comfort and safety. I have elf veterinarians to provide them with free health care. They live fulfilling, meaningful, purpose-driven lives. They even sing, dance, and play reindeer games.”

PETA’s salvo adds an animal-welfare angle to the reindeer controversy. Until now, most of the opposition to Santa’s use of reindeer has come from environmental groups who allege that Santa’s reindeer contribute heavily to global warming.

“Because Santa’s reindeer are magic, they produce more methane and carbon dioxide in one night of flying than America’s entire cattle population does in a year,” argues Lulu Skiptamalu, a spokesperson for the Foundation for Research to Effectively Enact Zero Emissions (FREEZE).

Santa was conspicuously not a co-signer of the Paris Accords, which aim to reduce greenhouse gas emissions.

At a heated press conference recently, Santa assured the assembled crowd, “Look, if anybody has a stake in keeping the North Pole cold, it’s me. We’ve reduced the workshop’s carbon footprint by 37% over the past fifteen years and we’re working toward LEED certification.”

When pressed about his reindeer’s contribution to climate change, an obviously exasperated Santa responded, “The few electric sleighs available only have a range of a few hundred miles. That won’t even get me to Nova Scotia. And even if there were charging stations all along my route, recharging the sleigh would add incalculable hours to my trip. It would take me at least a week to get everything delivered. I like a white Christmas as much as the next guy, but I only have one day to work with.”

Reached for comment, Elon Musk asserted, “Tesla is currently working on the next generation of electric sleighs. While the sleigh market is definitely a niche, we feel it is important. Sleighs present a unique engineering challenge because the necessary battery size prevents adequate lift. But we’ll do everything we can to support Santa. We’re big fans.”