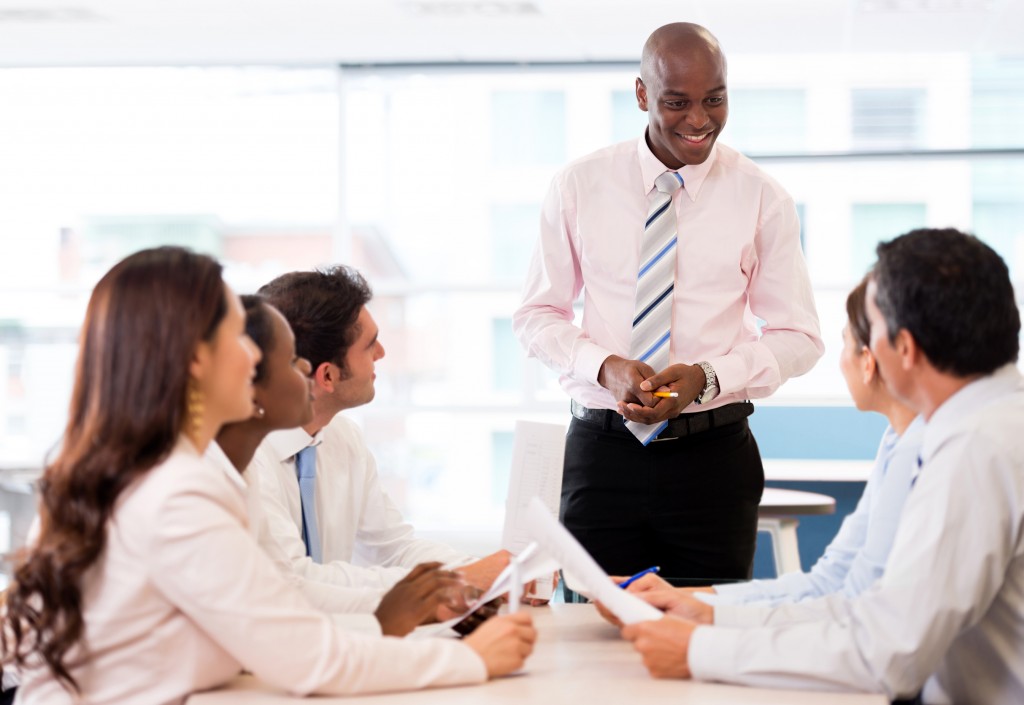 In my last post, I cautioned you against using six terrible ways to open a presentation. Many of you kindly messaged me through various media and asked, “Okay Mr. Smarty-pants, big-shot, sales expert—how should we open our presentations?”

A fair question if ever there was one.

Because the first few seconds are critical to hooking your audience’s attention and establishing your credibility, opening your presentation strongly can mean the difference between failure and success. Whether you’re crafting a sales presentation for a big prospect or you’re preparing to be the keynote speaker at an industry conference, employ one of these twelve tactics to start your presentation off on the right foot.

1. Share a powerful quote
A good quotation can be funny, enlightening, or inspiring. Some can even do all three at once. The trick is using a quote that hasn’t been repeated to death. For that reason, avoid commonly shared sayings like Einstein’s “imagination” quote or Aristotle’s “excellence is a habit” quote. There are plenty of quote resources online. Invest some time to find a particularly good one.

2. Cite a startling statistic
Texting while driving is six times more likely to cause an accident than driving intoxicated. 90% of Americans live within 15 minutes of a Walmart. In 2012, there were 12.6 million victims of identity theft. More people own a cell phone than a toothbrush. 58% of the US adult population never reads another book after high school. Every second, more than an hour of video is added to YouTube. Every industry has statistics that will surprise—and thus engage—an audience. What are some of yours?

3. Tell a relevant story
Stories are inherently engaging. Scientists have proven that our brains are hard-wired for listening to stories. So if you’re delivering a sales presentation, tell a story about one of your other customers and how your product or service impacted them. If you’re a speaker at a convention, tell an original story—something that happened to you or that you witnessed. Don’t tell “public domain” stories (Cortez burning his ships, the “starfish” story, etc.) and never steal another speaker’s story. Few things will damage your credibility faster or more permanently.

4. Make a bold, contrarian—even controversial—statement
I open one of my seminars by stating, “Selling more of what you sell has nothing to do with what you sell.” By challenging the orthodoxy that the merits of the product or service are all-important, I get the audience’s attention.

5. Show a stunning visual
Due to inflation, a picture is now only worth 763 words, but that’s still a lot. What visuals would grab your audience’s attention? Consider a concept drawing, before and after pictures, or an historical photo.

6. Ask a question that makes the audience think
My good friend—and fellow speaker—Mary Kelly often asks her audiences of executives, “Who are you grooming to lead your company in 20 years?” She gets blank stares as answers, followed by excuses that they’re focused on the here and now. “And that is the problem,” she replies, having completely hooked them.

7. Show a video
Videos can be very effective as long as they are short, emotional, and relevant. One is plenty. You don’t want to come across as the host of a clips show. And be sure that you have permission to use it. Just because it’s on YouTube doesn’t mean it’s fair game.

8. Discuss information about the audience
Your audience doesn’t care about you, your company, or your product or service. They care about themselves. So opening by mentioning issues, facts, concerns and opportunities that directly relate to them is a sure-fire way to get them to listen.

9. Craft an analogy
Metaphor and similes are terrific tools for making complex or unfamiliar concepts understandable and relevant. Ask yourself, what is this situation like?

10. Relate a statement made to you by an audience member
Talking with your audience before you speak is a great way to uncover stories, issues, factoids, humor, fears and more. And when you open with something an audience member told you, you’re not only guaranteeing relevancy, you’re demonstrating that you’re attentive and a good listener.

11. Ask them to envision a scenario
Asking your audience to visualize a scene is a great way to get them emotionally involved immediately. And this tactic works equally well with both positive and negative scenarios. “Imagine a world in which everyone has access to clean water.” “What if you got a call tomorrow telling you that you just suffered a massive data breach?” The words “imagine” and “what if” are powerful for getting your audience to envision what you want them to.

12. Use a prop
I once walked on stage with a feather duster in my hand. As I held it up, I described a similar feather duster from my youth. When the object’s significance became clear, there wasn’t a dry eye in the house. What props could help you make your point?

There you have it—twelve ways to begin your presentation with panache and impact. Choose an approach that is appropriate for the both the audience and your personal style. Experiment with different options to see which ones work best. Practice and hone your openings to maximize their impact. Your results will be more engaged audiences, more invitations to speak, and of course, more sales.