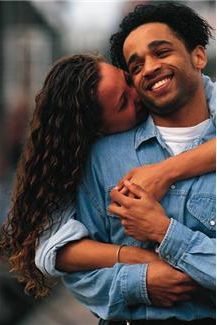 The term “Relationship Selling” has become a cliché. Sales speakers and trainers throw the term around as if it’s a panacea for poor sales performance.

There’s a problem with the cliché of relationship selling, though—prospects don’t actually want a relationship.

That’s not what they’re there for. A relationship might develop, but that’s not their goal. It’s not even on their radar.

Nobody ever walks into a store thinking, “I hope I find a good relationship in here.” No manager or CEO meets with a salesperson and thinks, “Oh boy! A chance to create a new relationship!”

On the contrary, buyers are looking to buy something. The salesperson is the necessary evil they have to endure to purchase it.

So if you’re trying to get chummy with your prospect and they’re having none of it, that’s the reason why.

Understand that a buyer isn’t going to invest time and effort into forging a relationship with a person they may not encounter more than once.

Which means ask good questions and listen to the answers. Respect your prospect’s time, intelligence and values. Think of ways you can support them in their goals. And trust what they say, rather than falling into the trap of believing “buyers are liars.”

A relationship with your customer is a good goal, but it’s not your primary one. Your first and most important goal is to serve your prospect’s immediate needs. Do that well and you create the opportunity for a strong relationship down the road—one that’s mutually rewarding.