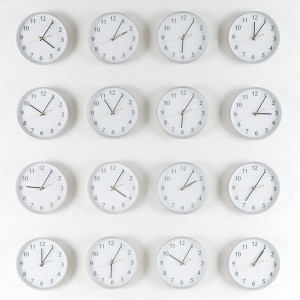 Recently, a friend of mine in Colorado posted a complaint on Facebook about a major retailer that was doing an online promotion. The promotion ended at midnight, but when she went to the web site to take advantage of it, shortly after 10 pm Mountain Time, she discovered that the retailer meant midnight Eastern Time.

As a result, she didn’t make the purchase. And I’m sure a lot of other people across the country didn’t as well. How many? Hard to say. Could be hundreds. Could be thousands.

Because odds are, a lot of this company’s potential customers assumed that midnight referred to their local time zone. Of which there are six in the United States.

Which means if you’re doing everything on Eastern Time, you’re losing sales.

We all live in our own world. We think about things as they relate to us. We base our plans and actions on our local environment, not somebody else’s.

So if you want to tap into an opportunity for more sales, think like your customer. Speak their language. Know their hot buttons. Go where they are. Understand how and when they like to buy. Appeal to their wants, needs, fears, hopes, issues and priorities.

And as much as possible, conduct business in their local time zone.