We all want more customers, but some are more desirable than others. Here are seven types of customers to avoid at all costs:

1. The Cheapskate
According to the American Retailers Association, approximately 14% of consumers buy on price alone. They’re Cheapskates. To them, quality, service, durability, dependability and convenience mean nothing. They’ll drive 20 miles out of their way to save two dollars. And they’ll beat you up on price until you’re losing money on the deal.

2. The Deadbeat
Some customers always pay all their bills early. Other customers pay most of their bills on time most of the time. Deadbeats, however, pay as late as they can get away with, as often as they can get away with it. Not only do they create cash flow problems for you, they’ll often cost you more in collection efforts than you’ll ever make in profit from them.

3. The Liar
Jim Carey’s character in the movie Liar, Liar brought to life. The Liar believes truth is for suckers. They won’t tell you their true needs, issues, concerns or budget. Liars negotiate in bad faith, make promises they have no intention of keeping and blame everything and everybody else when something goes wrong. 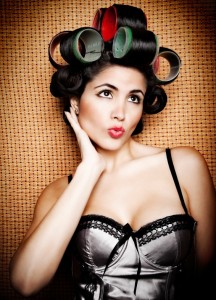 4. The Diva
Sure, everyone likes to feel special from time to time, but the Diva demands special treatment all the time. Divas believe themselves to be above the rules, so your policies don’t apply to them. They’ll whine, they’ll cajole, they’ll even throw a tantrum to get their way. Basically, they’ll annoy you until you give in to them. What’s worse, attempting to cater to a Diva will actually drive good customers away.

5. The Problem Child
Problems are inevitable, but the Problem Child creates them. They can’t and/or won’t follow directions, no matter how clearly they’re explained. They ignore warnings because they don’t care or they think they’re smarter than the person who came up with the warning in the first place. And when a Problem Child screws things up, they’ll blame your product, your company and you.

6. The Abuser
Lacking empathy, Abusers have no respect for anyone else’s feelings, safety or rights. They bully people into doing what they want. Abusers yell, scream, threaten and call people names. And they will verbally—and sometimes, physically—assault you and your entire staff as long as you let them.

7. The Criminal
Most of the people in the above six categories aren’t truly malicious. At least, not intentionally. The Criminal is. This is the person who’s actually trying to rip you—or someone else—off. Whether they’re a con artist working a scheme, a shoplifter helping themselves to your merchandise or a drug dealer looking to spend some of their illicit cash, they prey on your willingness to be helpful and your desire to make a sale. By the way, if you suspect your prospect is a Criminal, it’s okay to call in an anonymous tip to the police.

All seven of these customer types will cost you more in time, money and aggravation than they’re worth. Some of them could even bankrupt you.

So how do you avoid acquiring these customers in the first place? As Mad-Eye Moody advises in Harry Potter and the Goblet of Fire, “Constant vigilance!”

When dealing with a new prospect, keep your eyes and ears open for tell-tale signs. If all they’re focused on is price, they’re a cheapskate. If you catch your prospect telling a small lie, you can bet there will be bigger ones to come. If they lose their temper easily over small things, abuse is sure to follow.

Conduct credit checks and be cautious about who you extend credit to and how much. If it’s a high-dollar deal, consider doing a full background check. If there are convictions or lawsuits in the prospect’s past, you want to know sooner rather than later.

What if you already have some of these customers? Fire them. Politely decline their business. Refer them to your competitors. Ban them from your premises if you have to.

It’s always tough to turn away business. But some business you’re better off without.