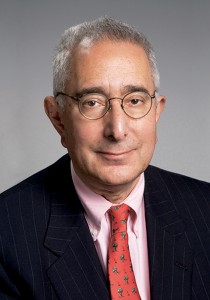 Actor, author, economist and lawyer, Ben Stein (Ferris Bueller’s Day Off, The Mask, Win Ben Stein’s Money) wrote a great essay in yesterday’s New York Times. It’s about his first job in sales and some of the many salespeople he’s come in contact with since. It’s almost an ode to salespeople and the profession of selling.

The challenge for those of us in sales is that the negative stereotype of the salesperson is portrayed so frequently in all media (novels, plays, movies, television and even comic strips) that we can’t help but harbor a sub-conscious belief that that’s what a salesperson is. And because we find that image repugnant, we will often unconsciously sabotage ourselves to allay our fear of being perceived as that stereotype. A fear which we’re typically not even aware of.

That’s why Stein’s piece is such a breath of fresh air. It reinforces the idea that selling is an honorable profession and that salespeople are critically important to society. If we as salespeople, business owners and professionals are going to sell effectively, we need to believe, with every molecule of our being, that what we’re doing is valuable and honorable.